2
Which IPv4 header field is responsible for defining the priority of the packet?​
traffic class
flow label
flags
differentiated services*
3
When connectionless protocols are implemented at the lower layers of the OSI model, what are usually used to acknowledge the data receipt and request the retransmission of missing data?
Transport layer UDP protocols
upper-layer connection-oriented protocols*
connectionless acknowledgements
Network layer IP protocols
4
Why is NAT not needed in IPv6?​
Any host or user can get a public IPv6 network address because the number of available IPv6 addresses is extremely large.​*
The end-to-end connectivity problems that are caused by NAT are solved because the number of routes increases with the number of nodes that are connected to the Internet.
Because IPv6 has integrated security, there is no need to hide the IPv6 addresses of internal networks.​
The problems that are induced by NAT applications are solved because the IPv6 header improves packet handling by intermediate routers.​

Refer to the exhibit. Fill in the blank.
A packet leaving PC-1 has to traverse «three» hops to reach PC-4.​

7
A technician is manually configuring a computer with the necessary IP parameters to communicate over the corporate network. The computer already has an IP address, a subnet mask, and a DNS server. What else has to be configured for Internet access?
the default gateway address*
the MAC address
the domain name of the organization
the WINS server address

8
Which three commands are used to set up a password for a person who attaches a cable to a new router so that an initial configuration can be performed? (Choose three.)
password cisco *
line vty 0 4
line console 0 *
interface fastethernet 0/0
enable secret cisco
login * 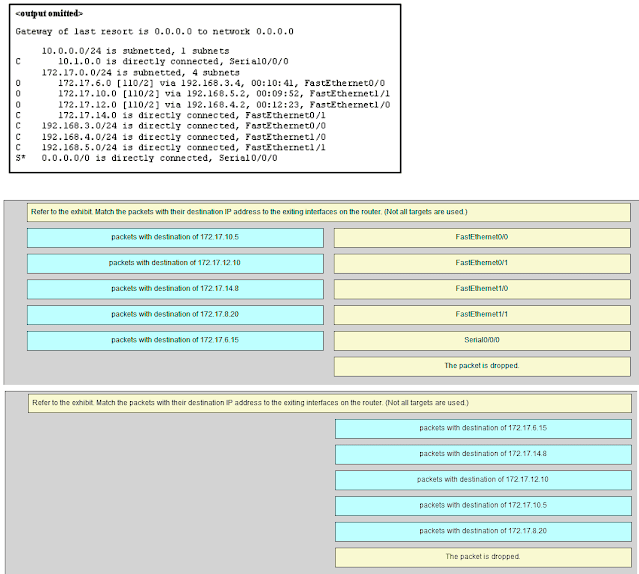 12
A technician is configuring a router that is actively running on the network. Suddenly, power to the router is lost. If the technician has not saved the configuration, which two types of information will be lost? (Choose two.)
routing table*
ARP cache*
Cisco IOS image file
startup configuration
bootstrap file 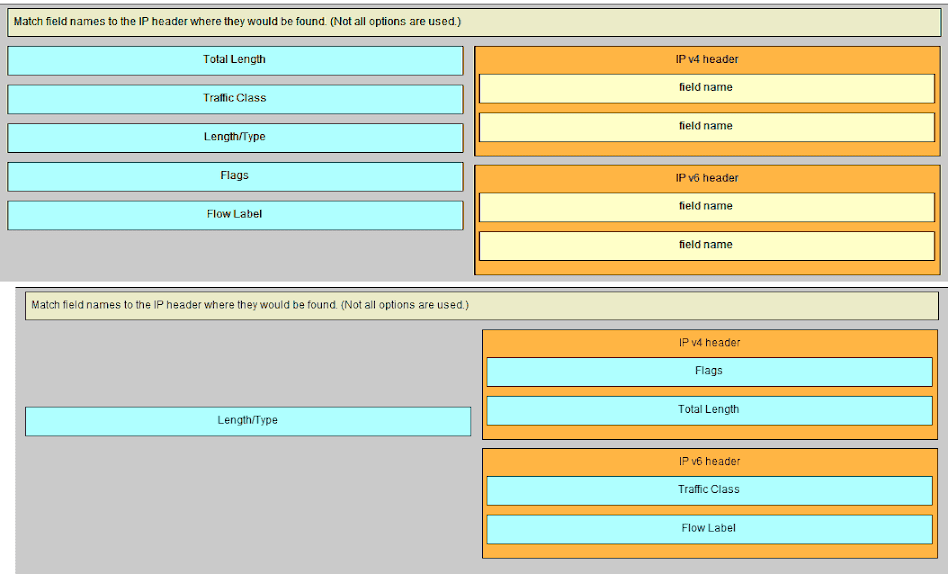 15
What is a service provided by the Flow Label field of the IPv6 header?
It identifies the total length of the IPv6 packet.
It limits the lifetime of a packet.
It informs network devices to maintain the same path for real-time application packets.*
It classifies packets for traffic congestion control.

In a router, «ROM » is the nonvolatile memory where the diagnostic software, the bootup instructions, and a limited IOS are stored.

Open the PT Activity. Perform the tasks in the activity instructions and then answer the question or complete the task.

23
When would the Cisco IOS image held in ROM be used to boot the router?
when the running configuration directs the router to do this
during a normal boot process
when the full IOS cannot be found*
during a file transfer operation