1
A PC is downloading a large file from a server. The TCP window is 1000 bytes. The server is sending the file using 100-byte segments. How many segments will the server send before it requires an acknowledgment from the PC?
1 segment
10 segments*
100 segments
1000 segments

2
A host device needs to send a large video file across the network while providing data communication to other users. Which feature will allow different communication streams to occur at the same time, without having a single data stream using all available bandwidth?
multiplexing *
window size
acknowledgments
port numbers 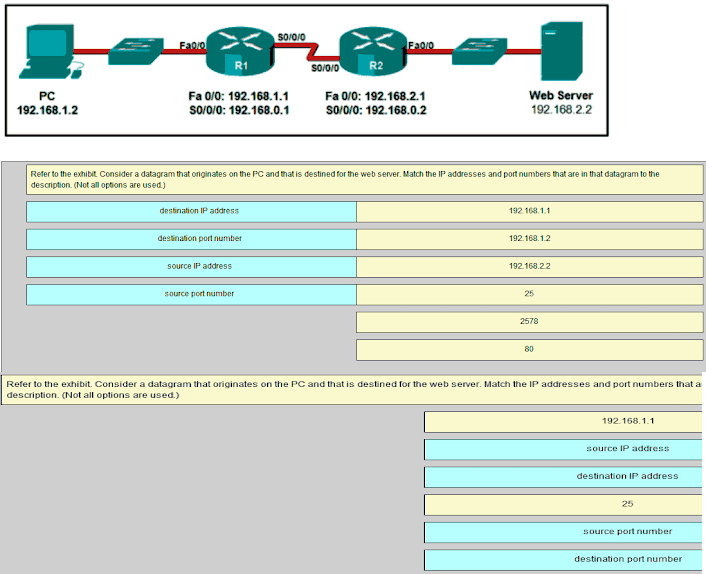 9
​What is a beneficial feature of the UDP transport protocol?
acknowledgment of received data
tracking of data segments using sequence numbers
fewer delays in transmission*
the ability to retransmit lost data

12
Compared to UDP, what factor causes additional network overhead for TCP communication?
the identification of applications based on destination port numbers
the checksum error detection
the encapsulation into IP packets
network traffic that is caused by retransmissions* 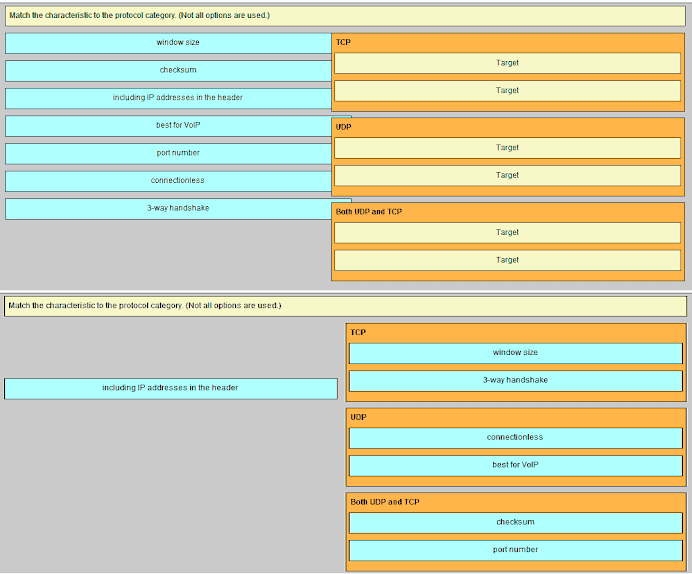 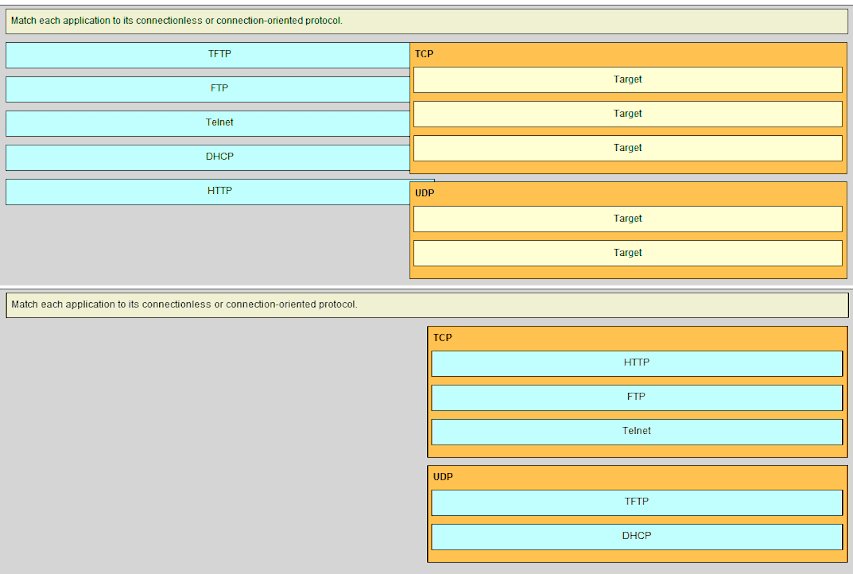 18
Fill in the blank.
During a TCP session, the    «SYN»   field is used by the client to request communication with the server.

19
Fill in the blank using a number.

A total of   «4»    messages are exchanged during the TCP session termination process between the client and the server.

20
A host device sends a data packet to a web server via the HTTP protocol. What is used by the transport layer to pass the data stream to the proper application on the server?
source port number
destination port number*
sequence number
acknowledgment

21
What does a client do when it has UDP datagrams to send?
It just sends the datagrams.*
It queries the server to see if it is ready to receive data.
It sends a simplified three-way handshake to the server.
It sends to the server a segment with the SYN flag set to synchronize the conversation.