1
Which tool should be used if a user needs to optimize space on a hard drive?

2
Which Windows XP command-line utility scans the critical files of the operating system and replaces any files that have been corrupted?

3
Which condition refers to a sudden and dramatic increase in voltage, which is usually caused by lightning?

5
Why should an antistatic wrist strap be worn when working on electronic equipment?

to prevent interference from clothing and loose jewelry
to equalize the electrical charge between a person and the equipment
to prevent clothing made of silk, polyester, or wool from generating a static charge
to draw static electricity away from a component and transfer it safely from equipment to a grounding point

6
Why is documentation of all services and repairs an important organizational tool for a technician?

It allows for public sharing on the Internet.
It increases the cost of services and repairs.
It minimizes the requirements that are used when hiring new technicians.
It provides reference material for similar problems when such problems are encountered in the future. 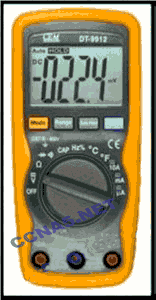 Refer to the exhibit. Which type of tool is shown in the graphic?

8
Which two tools can help protect against ESD? (Choose two.)

9
Which precaution should be taken when working around electronic devices?
Avoid using magnetized tools.
Only use hand tools from the same vendor.
Wear ESD protection to repair monitors in humid environments.
Avoid using ESD wrist straps and ESD mats simultaneously.

11
How does a technician discharge static buildup?

12
What are two significant sources of EMI? (Choose two.)

14
Which two types of tools can help protect a computer from malicious attacks? (Choose two.)

15
Which computer components must a technician never try to work on when wearing an antistatic wrist strap?

16
Which two tools are recommended for cleaning a PC? (Choose two.)

18
Which step should be performed first when servicing computer equipment?

Wipe down the exterior with a lint-free, damp soft cloth.
Open the case and check for any loose connections.
Turn off and remove the power source.
Replace any suspected bad components with known good components. 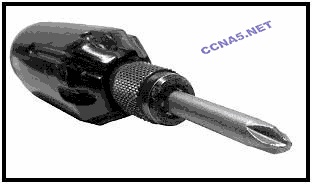 20
Which tool in Windows XP gives a technician access to initialize disks and create partitions?

21
A technician wants to limit the chances of ESD affecting the workspace. Which three precautions should be taken? (Choose three.)
Ensure antistatic mats are on the workbench and floor.
Keep humidity in the environment very low.
Ensure that all flooring is carpeted.
Wear an antistatic wrist strap.
Keep all components in antistatic bags.
Store all computer components in clear plastic bags.

23
Which cleaning solution is recommended to clean the contacts of computer components?
isopropyl alcohol
glass cleaner with ammonia
water that is mixed with a small amount of dishwashing liquid
rubbing alcohol

25
The performance of a computer is reduced after using the Internet. Which three tools could be run to try to improve the performance of the computer? (Choose three.)
Fdisk
a BIOS updater
Spyware remover
Defrag
Disk Cleanup
Device Manager

26
How does an inline UPS protect computer equipment against electrical power brownouts and blackouts?
by stopping the flow of voltage to the computer
by grounding excess electrical voltage
by switching from main power to a standby power source
by using a battery to supply a constant level of voltage

27
Which two actions pose a potential safety hazard to a technician? (Choose two.)
standing on an antistatic mat while working on a computer
plugging a printer into an UPS
using a magnetic screwdriver while working on a hard drive
cleaning the inside of the computer while it is turned on
wearing a wrist strap while working inside a power supply

28
Which circumstance increases the likelihood of ESD damage to a computer?
self grounding against the computer case
using a magnetic screwdriver while working on a hard drive
plugging a printer into an UPS
working in low levels of humidity

30
Which tool could potentially cause data loss on hard disk or floppy drives?
compressed air
a magnetic screwdriver
a lead pencil
a computer vacuum cleaner

31
Which condition refers to a reduced voltage level of AC power that lasts for an extended period of time?
sag
spike
surge
brownout

32
A technician accidentally spills a cleaning solution on the floor of the workshop. Where would the technician find instructions on how to properly clean up and dispose of the product?
the local hazardous materials team
the insurance policy of the company
the material safety data sheet
the regulations provided by the local occupational health and safety administration